Welcome by our local representative, Mr. Eike Bach, who will accompany you throughout the trip through southern Brazil. Short City Tour in Curitiba. Curitiba is the capital of the state of Parana. It has the largest population in southern Brazil and is important economically with its many companies. Approximately 1.8 million people live here. Curitiba is the seventh largest city in Brazil.

Curitiba is an important cultural, political and economic center. The city was, and still is dominated by the German, Italian, Polish and Ukrainian immigrants. Nowadays not many people migrate from outside Brazil to Curitiba. However, there is a large influx of Brazilians who are looking for work. After lunch (included) Continue to Joinville (about 130 km). Overnight at Hotel Tannenhof.

Drive to Blumenau in the state of Santa Catarina, founded in 1850 the city with its German-Brazilian half-timbered buildings and known by the largest Oktoberfest in Brazil. "Vale Europeu" heritage of European immigrants. Blumenau is the epitome of German colonization of Brazil with half-timbered houses and Black Forest cake. The architecture with pointed roofs, the kitchen, the manicured gardens: one could almost forget that you are in Brazil. The inhabitants of Blumenau are largely descendants of German immigrants in the second half of the 19th century had settled in the south of Brazil. Blue-eyed, blond and fair-skinned, they are proud of their differences from other Brazilians and the customs, the language and the architecture of their ancestors alive.

This is after the carnival in Rio de Janeiro, with over 700,000 visitors a year (!) the second largest festival in Brazil and the second largest Oktoberfest in the world! The Oktoberfest was originally created because of an unusual initiative: In 1983 and 1984, the city of Blumenau was hit twice by large floods. To fill the city treasury and cheer the minds of its inhabitants, was called into being by the Oktoberfest Bavarian model. However, the success exceeded all expectations! Tons of beer are served here too the German model. Flown in from Germany and several brass bands Removals provide a lively atmosphere. White sausage, sauerkraut and pork, visitors will find on here also. Late in the evening (23 clock) Return to Joinville and overnight at Hotel Tannenhof.  http://www.tannenhof.com.br/

Today take a sightseeing tour of Joinville, which has more than 400,000 inhabitants, most of them German descent, the largest city in the southern Brazilian state of Santa Catarina. In addition to Blumenau and Brusque the city is considered one of the centers of German colonization in the state. It has the largest industry of the state, more than 600 industrial companies, a large number of banks and more than 15,000 retail and service establishments. In addition to industrial and economic development of the city is now trying to break new ground in tourism and to open up the area for it. Offer rural tourism, traditional festivals, national events and many other attractions in the city. Created in 1983 the dance festival is now one of the largest in this field in Brazil and even in Latin America. More than 400 dancers meet annually in July. Dance performances can be found throughout the city then Joinville. The festival Fenachopp, which was founded in 1988, has to get to the destination, the German traditions in the city. It takes place in October, with lots of music, dance and beer. Evening concert at the Harmonia Lyra. http://nossajoinville.com.br/cotidianojoinville/tag/sociedade/

The journey continues to Canoinhas in Santa Catarina. The sunny southern Brazil is a gem for many tourists who are happy every time when they experience this pristine location as the starting point for her journey through Brazil and South America. Santa Catarina has a natural vocation for tourism and fantastic natural beauty combined with the advantages of a high quality of life, a safe environment, incredible hospitality, service, infrastructure and radiant heat Brazilian everywhere. Evening concert in Canoinhas.

After visiting the Erva mate mill lunch. Then drive to Porto Uniao and small city tour. A railway line is the dividing line between Porto União and União da Vitória in Paraná. By 1916, there were only a city than a limit statement due to the Contestado War divided the city into two, one in Santa Catarina and the other in Paraná. The different states are not an obstacle that both live as twin cities. The city of Santa Catarina has 32,000 inhabitants and the city in Paraná just over 48,000. Together they form an important university center. The União Railroad station will be considered by both countries as a work of art. Concert in Porto Uniao and return to Canoinhas. Overnight at Hotel Planalto. http://www.planaltohotel.com.br/

After breakfast drive to Entre Rios to the settlement of the Danube Swabians. Entre Rios is a settlement established in 1951 Donauschwaben half an hour's drive south of Guarapuava in Paraná in southern Brazil. The settlement covers the five villages Vitória, Jordãozinho, Cachoeira, Socorro, and Samambaia. The main feature of Entre Rios is the "Cooperativa Agraria Mista Entre Rios Ltda." (Agrária called). In the course of the 50 years since 1951, emigrated peasants arrived here, the villages that belong to the estate and cooperative Agrária their colony-character have lost. Through the work and the hard work of all they are maintained and turned green. The Agrária is now of considerable economic power. Evening concert in Entre Rio and overnight at Hotel San Marino Palace in Bonsucesso, Guarapuava.  http://www.sanmarinopalace.com.br/

Continue to Foz do Iguacu, you arrive in the late afternoon. Lunch on the way. Welcome by our local, German-speaking tour guide. The Iguassu Falls - "big water" in the language of the Guarani - are one of the many natural wonders of Brazil. The 275 waterfalls (!!) extend over a width of 3 km and covered 80 m in depth.

This makes them wider than the Victoria Falls, higher than Niagara Falls and more beautiful than both. Neither words nor pictures do them justice, one must have seen and heard. For millennia, the waterfalls were a sacred burial place for the tribes of the Tupi-Guaraní and Paraguas before they discovered the white man. The area still has one of the best preserved ancient forests of the country, rich in bromeliads, orchids, cedars and Araucaria. Overnight at Hotel Carimã http://www.hotelcarima.com.br/home/index.php

After breakfast, visit the Iguassu Falls on the Brazilian side. These are located in the tropical jungle on the border between Argentina and Brazil is certainly one of the greatest wonders of South America. From the Brazilian side of the falls has a better overall view.

In the afternoon you will see the giant Itaipu Dam. With this the southward flowing Paraná is dammed. The dam is located north of the Brazilian city of Foz do Iguacu (in Spanish Iguazu, Foz means "mouth"). Overnight at Hotel Carimã

After breakfast, you will experience the falls on the Argentine side. The waterfalls of Iguacu belong to the modern world 7 wonders of nature and have been listed by UNESCO as a World Heritage Site in 1984.

The falls are about 7 million visitors per year and are fully accessible from the tourist infrastructure. Most of the waterfalls is located on the Argentine side. Many trails and footbridges lead very close to the water masses.

You have also the possibility by boat, speed boat or helicopter to get to know the waterfalls. A 10-minute helicopter flight costs about 250 US dollars. Generally speaking, the Argentine hiking trails closer to the waterfalls zoom, but from the Brazilian side offers more Great views and diagrams on the size of the falls. Then it's goodbye to the mighty Iguassu Falls, the south of Brazil and Mr. Eike Bach. Transfer to airport for flight to Rio.

Welcome by our local, German-speaking tour guide and transfer to the Hotel Augustos Copacabana

After breakfast a city tour of Rio with driveway to the Sugar Loaf. Here you have a wonderful view of the beautiful city. When Admiral Coelho New Year's Eve 1501 sailed into the Bay of Guanabara, he was just as taken from the countless bays and islands as today's visitors. He imagined himself in an estuary, and there was just the first of January he gave the place its name in January flow. So to this day one of the most beautiful cities is ever named after a river, it does not exist in Rio. Potentially concert in Rio (t.b.d.)

With just a few hours to subject the magic of this picturesque city. The miles of white sand beaches of Rio are world famous and beautiful: Copacapana, Ipanema and Leblon. In this tropical climate with an average annual temperature of about 22 degrees tanned people live in a forest of colorful umbrellas. Overnight at the Hotel Augustos Copacabana - http://www.augustoshotel.com.br/

After breakfast, you will experience the landmark Rios, Corcovado (hunchback mountain). The famous Christ the Redeemer statue, which stands on the summit of Corcovado with arms outstretched, dominates the city. With the gear train it to the summit; the Redeemer statue itself you will still need to climb a few steps to have the best view of Rio de Janeiro. Of this 710 m high hill there is a wonderful view of the Sugarloaf, Niterói on the other side of the bay and the beautiful Rodrigo de Freitas Lagoon, the beaches of Copacabana and Ipanema and of course the Bay of Rio de Janeiro. The 30 m high granite statue is the work of a group of artisans under the supervision of the French sculptor Paul Landowski and 1931 was completed. The journey back leads past the Tijuca Forest, which frames the Corcovado.

Then it goes to the historic center of the city. Here, colonial houses combine with the modern business district. Visit the Candelaria church from the 18th / 19th C. The journey continues through the business center past the Opera House and the Carioca Square, the San Antonio church from the 17th century and the modern cathedral, which is also attended. You see Rios aqueduct, which now links the city center with the old town of Santa Teresa. Afternoon at leisure. Overnight at theHotel Augustos Copacabana

Today we say goodbye to a beautiful journey through Brazil. Drive to the airport in the early afternoon flight to Germany. 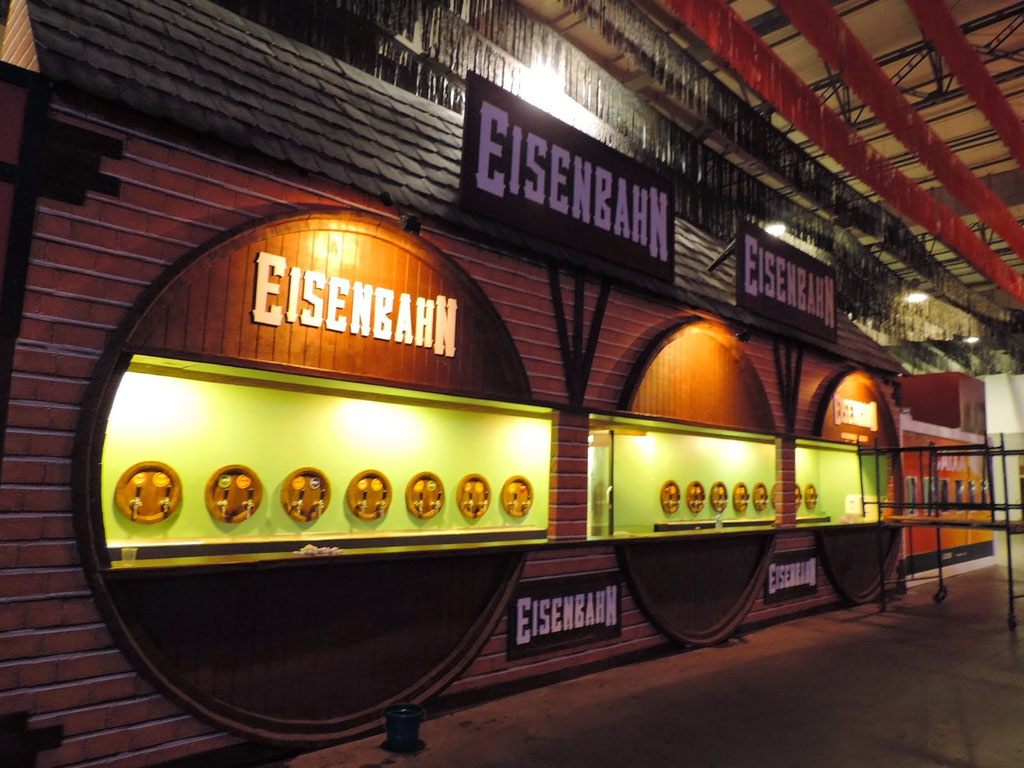 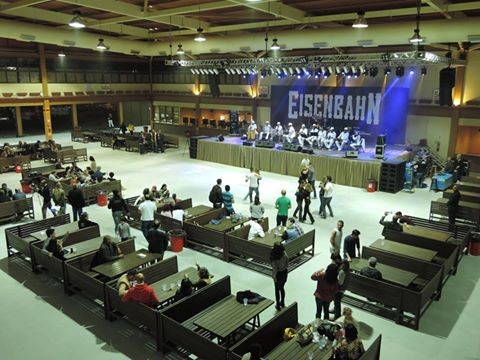